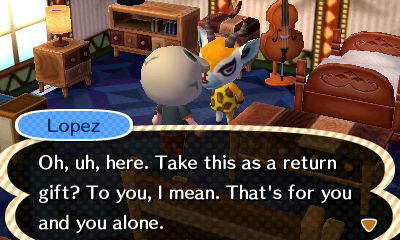 A new article in Games and Culture: Accursed play: the economic imaginary of early game studies. It’s part of the Ludic Economies special issue edited by myself and Alison Harvey – which should be published later this year. Here’s an extract:

So videogame play in the arcades and the home in the 1980s, whilst fully part of a new technological consumer culture, seemed at the same time unstable or potentially disruptive in its unproductive, compelling, wasteful attractions. The two accounts of the cultural economy of arcades outlined above are, I argue, tentative examples of metamorphic relationships between videogames as media objects, videogame play as embodied and situated behaviour, and the cultural economics of late capitalism at large. A key unsettling factor that disrupts the smooth isomorphic relays between virtual worlds of ideal consumption and allegorised commodities, players’ expenditure of money and attention and their capitulation to the accumulative and subjective demands of neoliberal cultural economy, is the turbulent role of play itself. At its most simple, as Fiske and Watts note, the tension between work and play has always been a disruptive force for capitalist organisation and its moral structures. Nineteenth century work patterns regulated play (and all ‘non-productive’ cultural activities) to tightly constrained breaks and holidays. In a consumer culture play is vital to key sectors of the economy from media and entertainment to leisure and tourism, not least at present, with celebratory predictions (and critical responses to) notions of gamification, a ‘ludic century’ and the ‘ludification of culture’ in general (Frissen et al 2015, Fuchs et al 2014, Wark 2013, Zimmerman and Chaplin 2013). Yet, as we’ve seen and continue to see, the nurturing or training of future consumers brings with it anxieties about excessive or wasteful play and consumption, a fundamental contradiction between economically useful consumption and morally suspect indulgence and passivity. For Marxian thinking, this contradiction is historically specific to capitalism. The accumulative demands and hence moral and cultural superstructure from mercantile capitalism through the factory system to consumer culture have re-worked play into its modern forms of consumption, and through the monetisation and disciplining of pre-capitalist folk culture into privatised hobbies, commercialised leisure and morally validated sport.