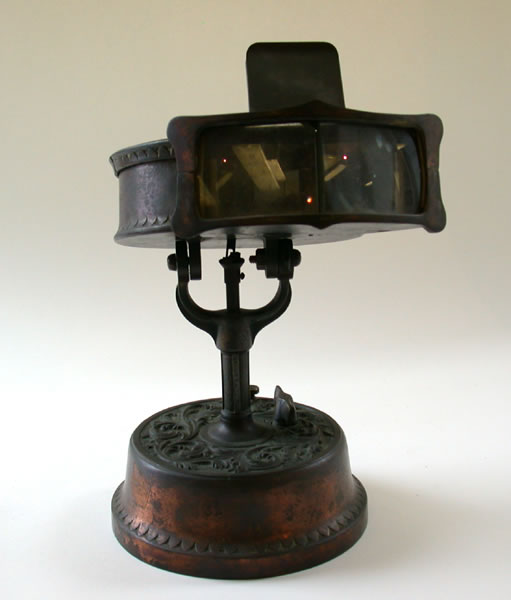 I’ve just been awarded a research stipend by the Bill Douglas Cinema Museum at the University of Exeter. Here’s the rationale:

My interest in the Bill Douglas collection centres on two categories: Toys in general, and Optical Toys. A particular concern is toys as media objects, both as communication media in their own right and as products of a commercial media culture – from contemporary ‘hybrid’ and transmedia toys back to the merchandising and tie-in toys collected by the Bill Douglas Museum. Perusing the collection’s catalogue I am struck too by some fascinating overlaps between these two categories, with the Toys collection featuring toy theatres, cinema apparatus and cameras, clockwork toys, and electronic games that could be regarded as genealogical descendants of optical toys and automata. This stipend will allow me to build on my existing research on both postdigital play and on the relationships between imaginative play and the physical aspects of play objects (Giddings, 2014), including their scale, mechanics, tactile and environmental qualities.

I am also fascinated by the ways in which science and ideas about the physical world and about agency have driven toy construction and how toys have in turn modelled and speculated about the nature of reality, social life, the built environment, and consciousness. Here I am talking about toys in a very broad sense, from the actual and mythical automata of Antiquity through to the sophisticated automated figures that entranced European courts in the Eighteenth Century through to scientific and optical devices. Of course, these automata and optical devices converged in nineteenth century fairgrounds and sideshows to form the technocultural environment from which cinema emerged (Giddings, 2009).

Given the centrality of the material and technical characteristics of toys to my research, a prolonged visit to the Museum with hands-on access to these collections would be an invaluable experience. Phenomenological questions of scale and tactility are key to the attraction of toys and play with them – their relationships to hands and fingers, their manipulability and feel cannot be captured in photographs and need to be experienced. As do their technical and mechanical capabilities, particularly in the case of optical toys. A key argument in my research is that we should not ‘read off’ how children play with toys – and the meanings that toys communicate – from the assumptions of the toy’s designer and the instructions or guidance conveyed by its packaging and advertising. Through careful examination and description of the toys in the Bill Douglas collection it should be possible to speculate on their affordances, the suggestions made by instructions and other ephemera, and to explore their material qualities and the possible ways in which they shape playful behaviour and communicate ideas and values.

One thought on “toying with the archive”