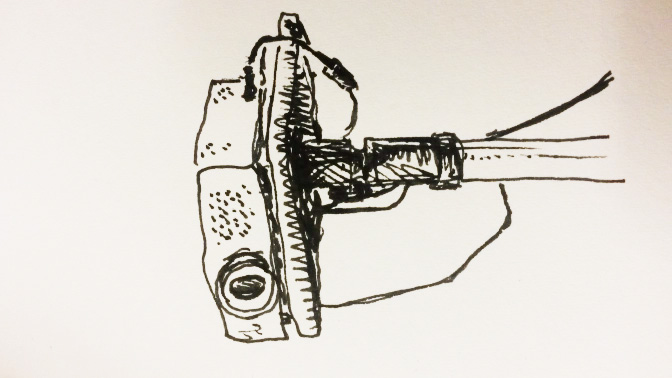 This is a really old post from a defunct blog, but one that I keep referring students to when we discuss ethnographic methods, so it’s useful to keep in play. It’s a response to an informal presentation by Nick Taylor (then a PhD candidate at York University, Toronto, now at North Carolina State University) at the Pervasive Media Studio (c.2010) on his ethnographic work on the professionalization of videogame play and players (esports). It isn’t a review or summary so much as a working with, and extrapolation from, his work and ideas with my own microethological project in mind.
I was particularly struck by Nick’s engagement with what he called the ‘videophiliac culture’ of his subjects, a culture ‘built and sustained through both corporate and user-generated video-based practices’. I’ve always preferred the term video game to computer game as, for me, it ties games into popular media culture and technologies. Early game culture was often discussed as video and televisual rather than digital or computer-based (e.g. Provenzo’s book Video Kids: making sense of Nintendo, Sudnow’s Pilgrim in the Microworld: hand, eye and the essence of video skill). Games are always videos in themselves:  the screen display is a real time feed of images of virtual but dynamic activities, behaviours and environments. Thus there is a media technological continuity between the game, the players and their own extra-game video culture (see below) and the operations of the video ethnographer (Nick/camera).
Nick described the videophiliac culture of the professional (or amateur aspirational) players as a performative one. They would record instances of their play for team ‘training’ purposes or spectacular moments would be captured for upload to YouTube. He found that the only way he could interview them was to use the format of a professional media interview, to collude with the performative and presentational conventions that this gaming culture has adopted from mainstream sport media.
What are the implications of this for microethology? Firstly Nick’s work turns social science qualms about researcher participation on their heads. The sport interview style should be regarded as fully part of this game culture as should the event of ethnographic research. These studies are at once a valid document of video (game) culture, and an accentuation of that culture. They draw out existing tendencies. This is a collusion, not a disruption or diversion.
Nick discussed the ethics of reciprocity in participant observation; I would argue that with collusional methods, reciprocity is always already built in to the research event. To gain the group’s collusion, the ethnographer had to become the videographer (the group’s desired media practitioner documenting and disseminating their activities and commentary) – though there is tension between them, these roles should not be regarded as separate or distinct.
This is a video deep description, as much aesthetic (in the broadest sense of the term) as empirical, a great example of the (always already) redundancy of scientific pretensions in cultural research. The video camera does not record, from the outside, this culture, it is a part, and takes part, in a culture already constituted by video technology, practices and aesthetics. This research resonates with (I hope I’m not being too presumptuous here) with my ethological approach, as the nonhuman subjects (video technologies and video conventions and aesthetics) are as important as the human ones.
Note: I was also intrigued by the use of research bots working on World of Warcraft Armory RSS feeds: themselves (nonhuman) ethologists.