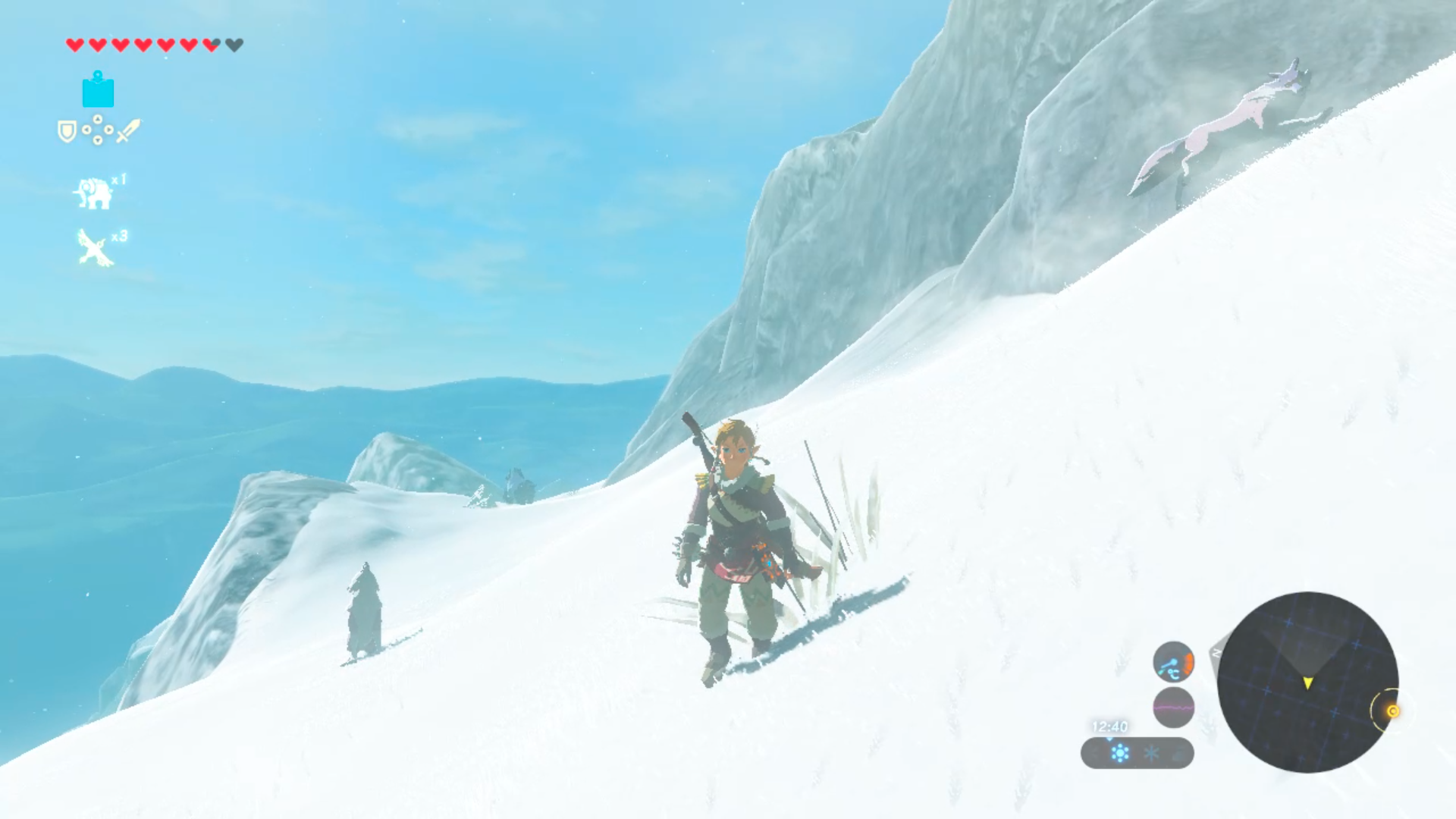 Link encounters a group of animals on a green, grassy hillside, beautifully animated in the rich landscape. Large birds, and a wild boar, promise meat if successfully hunted. As the player-avatar approaches, carefully, to within range of his bow and arrow he spots a wolf tracking a wide A* path through the immediate environment. Proximity triggers a change in the wolf’s finite state machine, like the Watcher in Horizon: Zero Dawn it signals – howling – to sound the alert. It turns to face Link. However its warning did not trigger flight in its pack, which were close by, though out of Link’s immediate frame of vision. They join their companion in a coordinated and effective attack. The lead wolf does not attack directly but circles slowly outside the range of the avatar’s sword, drawing the player’s attention. Another wolf attacks from behind, another approaches and threatens from the flank as Link-the player spin to defend themselves. As soon as one wolf is killed the others will flee. In a particularly marked state change the dispatched wolf transforms into a chunk of raw meat to be collected for later sustenance.

For the first few such bloody encounters the player’s sense is very much one of a dynamic and naturalistic conflict, consistent with the actual world behaviour of wolves as intelligent pack predators, working together tightly and effectively. Thereafter however the player will begin to identify a simple pattern behind this group behaviour. Each wolf has its set responses and actions in relation to the avatar. One circles slowly in front but not getting too close. Another attacks directly from the flank, whilst a third will attack from behind, unseen and highly effective. Learning, or reverse engineering, this pattern the player can easily anticipate the attack, either by avoiding it altogether by skirting round the wolves outside their programmed sensate range or by shooting one of the wolves from a distance. Or if detected and combat engaged, but anticipating the rear attack, spinning with sword ready.  As the player incorporates this procedural experience the encounter shifts from a naturalistic and hence unpredictable encounter to an exercise of learning the dynamics of proximity and range, relative movement, hand-eye coordination and predictable outcomes. The wolf attack is an iterative challenge by the game system to the player’s progress through which the wolves teach the player their individual and group behaviour, and in response the player configures their own sensorimotor algorithms, something like trigger state change – spin to defend against rear attack – dispatch nearest wolf – collect meat.

This ludic AI begs the question, what kind of animality is at play here? If wolf attack events become, after a few iterations, a predictable sensorimotor challenge to ease progress and gain resources then do these antagonists fall from vivid animalhood to more or less abstract animated tokens to be solved with a well-rehearsed repertoire of button presses? Following Tom Tyler’s argument, do the tusks or paws of specific opponent press less hard with ludic repetition? After all, Wolves and Watchers [from Horizon Zero Dawn] could be replaced with anthropomorphic or abstract entities without significantly affecting the mechanical action and ludic challenge. The animality of these creatures is not trivial – to paraphrase Gregory Bateson, they are not not animals – and it rests on four factors in gameplay events: the significance of nonhuman algorithmic behaviour; the highly contingent and oscillating importance of imagery and sound in the depiction of on-screen game characters and environments; the character of gameworlds themselves as environmental; and the mechanical, semiotic and affective relationships between player, technology and media.

excerpt from draft of ‘The achievement of animals: an ethology of AI’, in Markus Spöhrer, Julia Kohushölter and Harald Waldrich (eds) Processes and Situations of Digital Gaming (Springer: in press).