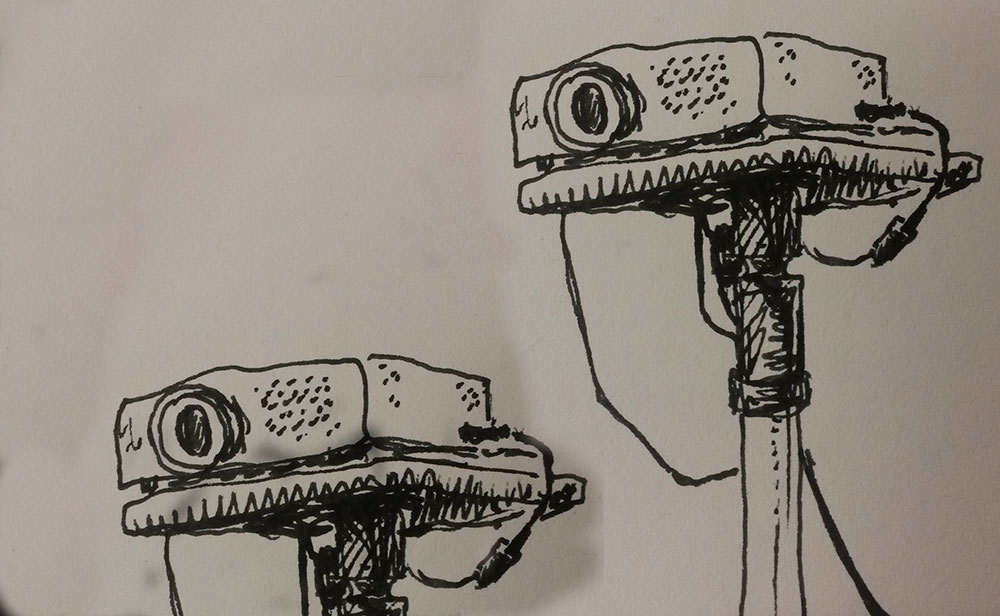 Yigit Soncul and Jussi Parikka organised Media Theory in Transit, a stimulating symposium at WSA this week. Full details and the programme are here. It was one of those events where an unexpected theme appeared through connections and resonances between the speakers, and through discussion.
Given that my talk was explicitly about imagination, it was great to listen to Erick Felinto’s reading of Vilém Flusser’s ‘philosophical fiction’ in terms of speculation, the imaginative, and a sophisticated interplay between scientific and literary creativity. I can’t do his talk justice here, but along the way he looped in speculative realism (and its mediation and sustenance through the blogosphere), Flusser’s philosophical fiction as anticipation of a current ‘speculative zeigeist’ and the persistence of wonder (in science and beyond) epitomised by the wunderkammer, cyberpunk, extremophiles, hyperstitions, and Vampyroteuthis Infernalis (the vampire squid from hell). Erick asked us to pay attention to the meta-question ‘what if?’. This of course connected directly to my own division of imagination into the ‘as if…’ and the ‘what if?’. Whereas science, for Flusser, is a form of fiction – not in the relativistic sense of vulgar postmodernism, but rather as a mode of enquiry searching out or speculating on the improbable. Science would be uninteresting if it addressed only that which is entirely true: the improbable yields much more information than the probable. The vampire squid from hell served as the mascot or emblem of this interesting improbability, and the necessity of a vampyromorphic future.
Joanna Zylinska’s presentation was the most vivid instantiation of the symposium’s constellation of ideas of the nonhuman and inhuman. A political and ethical response to photography’s tendencies towards panopticism and humanism, countered here by an appeal to photography instead as a zoetic, life-affirming medium. To my mind her animal familiar (if the vampire squid from hell was Erick’s) was the unwitting pigeon photographer. The animal, glimpsed only at the edges of the frame as a blur of wing feathers for me neatly and ironically conflated Joanna’s application of Haraway’s ‘god-trick’ with a ‘birds-eye view’. Or rather de-flated them. If the birds-eye view has tended to be a metaphor of aerial and encompassing vision – in videogames a god’s-eye perspective – then the cameras attached by Julius Neubronner to unwitting pigeons in 1908 capture the world from a similar aerial perspective but with none of the control or intention, and hence mastery, promised by ‘human’ photo-surveillance. Joanna briefly discussed another nonhuman (or less human?) mode of photography, the ‘mindless photos’ taken by traffic and speed cameras and telescopes described and diagrammed by John Tagg.
I’ll post my notes on the other talks and discussion soon.