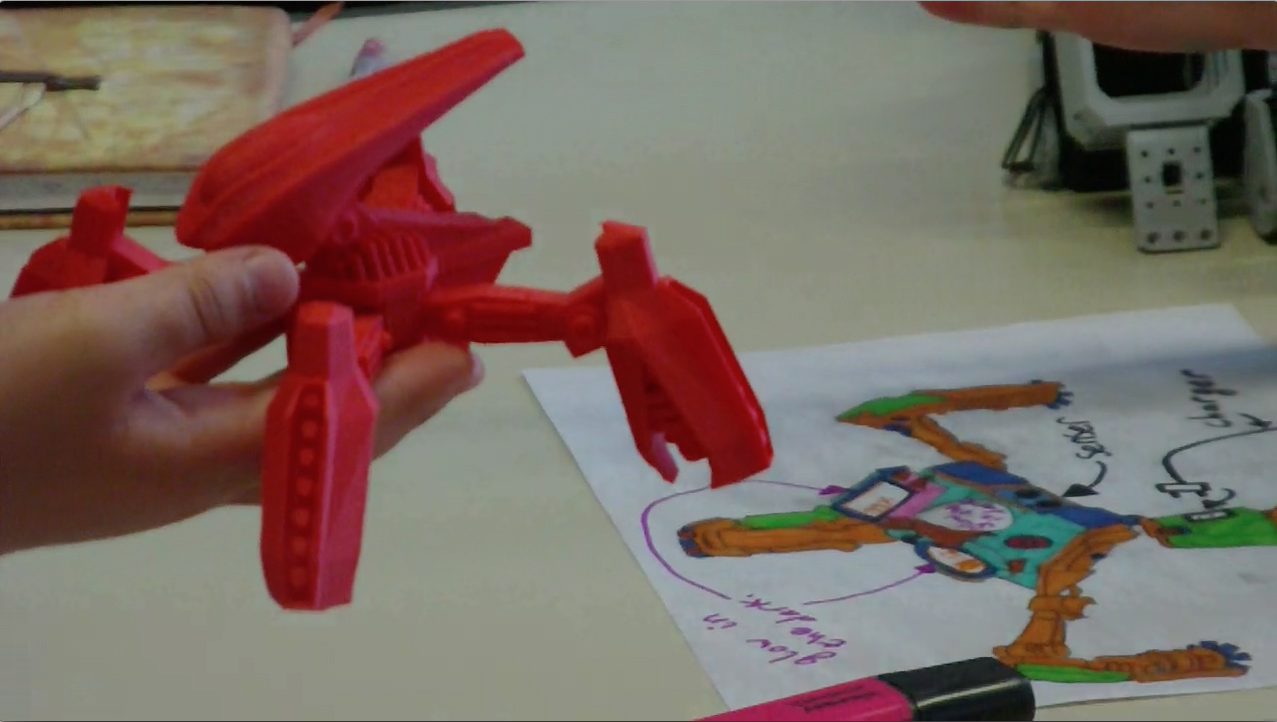 I’ve added a draft of ‘Toying with the singularity’ to the Publications page – a chapter for The Internet of Toys: practices, affordances and the political economy of children’s smart play, edited by Giovanna Mascheroni and Donell Holloway, out now with Palgrave. Below is from an early version of the introduction: Eight Year 5 children sit around a large table in a primary school classroom. Asked to draw and talk about their experience of and ideas about robots, they talk excitedly:

The workshop leader picks up on this last statement. “So what’s a proper robot?”

This chapter will explore the various and layered ways in which imagination and imaginative processes intersect with the development, promotion and everyday reception of and play with new playful technologies for children. As commodities and consumer technologies, smart, automated, networked and hybrid toys emerge from the commercial and technical systems and processes of design, manufacture and dissemination that foster the introduction of all new technological devices, their design shaped by imaginative processes that are inextricably industrial, technical, and cultural (Oudshoorn & Pinch, 2003; Balsamo, 2011). As consumer technologies, their reception is heralded by speculative and ideal visions of their future place in everyday lives presented in advertising, marketing and packaging, visions that aim to capture consumers’ imaginations (Boddy, 1999; du Gay et al, 1997). Theorists of technoculture paint broader canvases of global imaginaries, technological imaginaries, new ontologies of virtual, hybrid, cyborgian or posthuman near-futures of which individual artefacts, systems or relationships might be either evidence or symptoms (Allison, 2006; Flichy, 1999; Haraway, 1985).

Toys however are a distinctly ambiguous type of consumer technology, and they track ambivalent paths through these layered imaginaries. For my argument here, they are distinct among industrially-produced artefacts in their mobilisation of imaginative processes in three significant ways. Firstly, as industrially produced commodities and technologies toys are by and large not instrumental: they are designed for imagination, to foster imaginative play. Secondly, over centuries they have served as microcosmic models of social, cultural and technological orders and attitudes, or have been regarded as a kind of training or education of young imaginations in the skills and values of the adult world (from building blocks to toys soldiers and dolls houses) or the forces and phenomena of the natural world (optical toys, scientific toys). And thirdly, recent developments in the use of advanced networked, interactive, virtual and mechanical technologies in toy design add to longer-established commercialisation, franchising, and ‘mediatization’ of toys. From themed LEGO sets to transmedia systems such as Pokémon to videogames and children’s virtual worlds, global media corporations attempt to engineer and monetise imaginative play. This has led to the generation of intense popular and academic debate over whether we are seeing a withering of imaginative potential in children’s lives in the twenty-first century (e.g. Giddings, 2014b; Hjarvard, 2004; Kline, 1993; Wasko 2010).

In this chapter I will argue that to grasp the emerging possibilities of new developments in the Internet of Toys critical attention to these layered relationships of material technology and intangible imagination is needed. Moreover, taking toys that demonstrate AI or autonomous behaviour (here robots and virtual pets) as a central example, I will argue that close descriptive and analytical attention to moments of interaction with such toys is essential to fully grasp the complex relationships between global technological imaginaries – in this case of AI and artificial life – and the material and embodied workings of imagination in play. My aim then is to acknowledge the importance of the imaginary in the design, dissemination and adoption / adaption of playful technologies whilst arguing that this imaginary dimension needs to be anchored in the material and technical characteristics of the play objects and systems themselves and – importantly – in the embodied and imaginative playful relationships and events they engender. As Minna Ruckenstein notes, ‘toys are designed both materially and semiotically […] the materiality of toys intertwines with prominent ideologies and narratives’ (Ruckenstein, 2010, p.501).  It is only by describing the intimate and contingent relationships between particular toys and technologies and their playful use that we can both resist overly optimistic or dystopian predictions of the near future of children’s playful technoculture and explore the nature of play in that technoculture.

One thought on “toying with the singularity”